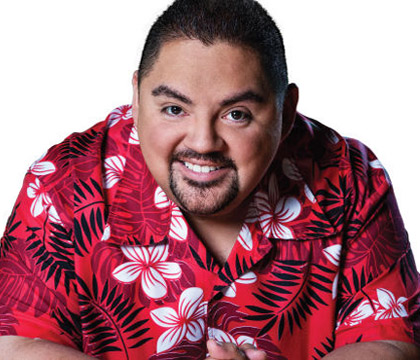 Gabriel Iglesias, also known as the "fluffy comic" may not be as fluffy as he used to be after committing to a healthier lifestyle but all his funny bones are still intact to bring you loads of joy. To the excitement of millions of his fans around the world, this stand-up comedian,will be performing at The Mirage. This electrifying and witty performer is known to deliver comedy experience like no other by combining all the elements of sound, story, and parodies of characters.

The fluffy comic, Gabriel J Iglesias, was born on July 15, 1976, and is an American stand-up comedian, writer, actor, voice actor, producer. He is best known for his hit TV shows like I'm Not Fat… I'm Fluffy and Hot and Fluffy. He was born in San Diego, California and is the youngest of all his five other siblings belonging from the same single mother. He grew up in places like Riverside, Santana, Corona, Compton, and Baldwin Park before settling down in section 8, in Long Beach. It was in Long Beach that the comedian grew up and spent most of his youth.

The hardships he faced in life

Before finding his true calling in stand-up comedy, Gabriel worked at a cell phone company in Los Angeles. Despite repeated requests of his family to remain in his job for financial security, he broke free of the 9-to-5 routine and tried his hand at comedy. He managed to do both comedy and office until 1997 when he decided to pursue comedy full-time as the stress from both the occupations got unbearable. Even though his mother advised him against such an idea, Iglesias left the cell phone company and eventually lost his car and was evicted from his home because he and his family were broke. But his passion for making people laugh didn't die out in the time of hardship, and he eventually recovered to become a famous person he is today.

In the year 2000, Iglesias appeared in the season six of Nickelodeon's sketch comedy series – All That, with his co-stars Amanda Bynes and Nick Cannon. In 2007, his voice featured in a Family Guy episode titled Padre de Familia, where he lent his voice to an entire Mexican family. The same year he took on another voice acting project which involved voicing twin characters on the hit show The Emperor's New School. This is the project, which according to Iglesias, is the best work he has done so far in his career. He was a contestant on the reality TV series called Last Comic Standing in its fourth season, in the year 2006. He made the cut to become one of the final eight remaining comics.

Iglesias won many awards for the city of El Paso, Texas on February 10, 2012, including a resolution from the county commissioners of El Paso, a key to the city, Congressional recognition from Silvestre Reyes, and the prestigious Beacon of H.OP.E. Title from a non-profit organization for conducting a fundraiser that had reportedly raised an estimated amount of $ 5000. These are the official awards bestowed upon the talented comedian, but nothing can match the love and admiration that his fans from across the globe have showered upon him. The comedian hopes to continue his performance and entertain the audience for as long as he lives.

Iglesias now resides in Whittier, California. He has described how he weighed his heaviest at 445 pounds while filming The Fluffy Movie. Soon after he got diagnosed with Type II Diabetes, the doctors gave him two years to live because his blood sugar level was spiking above 300. But the impending doom predicted by the doctor did not discourage him from continuing his passion for comedy, but he turned to attaining a healthier lifestyle by following a strict diet and exercise regimen. After being on a strict combination of weight lifting and yoga, he has reported having lost over 100 pounds and has now completely recovered his health.

Gabriel "Fluffy" Iglesias will be performing at the Mirage Hotel and Casino in Las Vegas, and this is the ideal opportunity for you to find out why people leave nothing but good reviews for this comedian. "Gabriel is hilarious. He is one of the best comedians that I have ever had the pleasure of watching", "Gabriel is a class act, and I am not sure if anybody has been able to make me laugh as much as he has till now. I laughed so much that I left the arena with tears in my eyes! These are some quotes by the audience who have seen his shows, which might get you more than you need to know about the comic prowess of the stand-up performer.

Despite being a Latino, his comedy is mostly influenced by the personal experience that everybody can relate to, and he makes the best out of a sticky situation by turning it into humor. Iglesias is a sincere and direct approach to his comedy, and the fact that he combines parodies of famous characters, the various sound effects, and a mixture of storytelling, proves the fact that he is indeed worthy of being a known name throughout the circuit of stand-up comedy. After delivering sold-out shows all across Europe, Australia UK, and Saudi Arabia, the gabriel iglesias vegas will certainly keep you entertained and laughing the entire time.

Iglesias stated that patience is his best quality, and he has never tried to rush things to deliver a half-baked comedy act to the audience. Aside from his sense of humor, he says that having an enormous amount of patience has helped him to become successful both professionally and in personal life. Now is your chance to witness an incredible performance that made the artist what he is today at the gabriel iglesias vegas event.