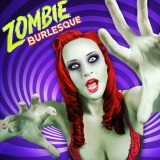 This 75-minute show pays homage to the most famous horror movies of the ’40s, ’50s and ’60s taking audiences on a journey of flesh-filled fantasies.  Zenoch, the amazing emcee, leads you into an underworld of dirty debauchery as drop-dead performers tease and titillate with authentic burlesque numbers. s from the atomic era take to the stage at “Club Z” with variety acts, comedy, a live big band and award-winning cast of characters.

THE ZOMBIE BURLESQUE SHOW EXPERIENCE
From the same brilliant minds who brought Vegas The Show to life, the most entertaining and hilarious undead comedy romp has now taken over Las Vegas. Zombie Burlesque promises its audiences to have the time of their lives. It will be one wild ride experiencing the fictional Club Z. The undead have decided to welcome the living only for a limited time. The entire show is held in 1958 within the height of the atomic era. When the Zombie invasion takes place, the entire human race becomes helpless and terrified.

ABOUT THE SHOW
The President of the United States didn't have any choice but to make a deal with the zombies. In an act of pure desperation, the deal consists of exchanging live prisoners to achieve permanent peace. Even though the zombies were reluctant at first, they agreed in the end. In an act of good faith, they allowed the living to experience their legendary Club Z. It was a way for humans to experience the lively side of zombie culture. The infamous Club Z is considered to be the most risque Zombie adult club in the entire United States. Audiences will be able to witness homages to the world's most renowned horror movies. It is focused on capturing the 40's, 50's and 60's vibe which are performed by the most talented and beautiful dead women. Audiences will be able to witness the incredible balance and strength performed by the city's most talented performers. Within the show, Tiny Bubbles showcases a visually stunning stand up comedy routine which is very original from anything you've ever witnessed before.

CONVENIENT LOCATION
Zombie Burlesque is indeed the newest and most sought after show on the Strip. It is backed by the most famous dancers and performers in Las Vegas together with a genuinely large band. It is conveniently located in the Miracle Mile Shops of the Planet Hollywood Resort & Casino. The location of Club Z is right in the middle of the Las Vegas Boulevard which makes it extremely accessible. Audiences will be rest assured to be stress free not having a hard time to find it.

THE CAST
Zombie Burlesque has award winning cast of characters to coincide with its sexy and comedic style. It would be a once in a lifetime opportunity to be one of the first living audiences to experience these world class performances. The show features a live big band with a classic burlesque. It is the hottest and newest go-to destination of humans who want to take part in the one and only Club Z. The show has nightly performances at 8:30PM. The main characters include Enoch Augustus Scott as Zenoch, Lora Kelsey as Lola Gangrene, Sophia Monica as Sophia LaMorte, Antenor DeSilva as Deadi Arnaz, Alonzo Jones as Turf, Steve Daly as Tiny Bubbles, Jeffery DeBarathy as Johnny WifeMauller, April Leopardi as Elizabeth Terror, Talia Ambers as Carvin Miranda, Jaimie Hosack as Ann Margrott and Patrick Leahy as Mikey.

ORIGINALITY & UNIQUENESS OF THE SHOW
Zombie Burlesque is truly one of its kind. Nowhere else in the world can you find a combination of timeless burlesque choreography and live zombies in one stage. David Saxe is the heart and soul of this show. In the 1950's, burlesque was the talk of the town and everyone loved it. He wanted to let audiences experience what it's like during that era while adding a brilliant twist of adding the undead. Audiences will be holding on to their seats as they are fully entertained by this sexy and risque invasion. The show involves captivating musical numbers which are performed by the most beautiful and fiercest zombie ladies. You'll see them perform right before your eyes. Tiger Martina choreographed the entire show. She is an extremely talented choreographer from New York who also worked in the creation of Vegas The Show. If you're a huge fan of zombies, eye-catching sets, and steamy choreography you wouldn't want to miss this amazing show. It's truly a tantalizing, captivating and charming experience for everyone to enjoy.

THE POPULARITY OF THE SHOW
During the VIP grand opening of the show, it was a complete smash hit. The audience were seen and heard laughing along feeling very entertained by the brilliantly bizarre Enoch. He has numerous nightmarish costume changes throughout the entire show and he is able to portray each role exceptionally. The performances of Tiny Bubbles who is a big busty comedian and the totally ridiculous Quiddlers made the audience laugh out loud. They also became breathless in disbelief as Alonzo showcased his double and triple jointed body bends. Additionally, he captivated them with his freak mangled maneuvers which left everyone amazed. The couples game of Humans versus Zombies were also a massive hit. Everyone was impressed with the truly wicked suggestive songs of Bad Mikey, Marilyn Monrott, Amber Snow and Kristin Lindstrom. The Atomic Show Band is composed of seven musicians who played live brass and guitars. Zombie Burlesque Show Vegas is truly a must-see event if you're looking for world class entertainment.