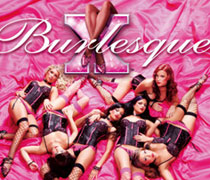 Whenever people hear about the X Burlesque Las Vegas show many of them tend to ask the same question: why go to a burlesque show when there are already so many strip clubs in Las Vegas. But if you will just spend some time and yes money to actually see this production, then you will know that it is very much different from the “shows” that you see in strip clubs.

One of the things that you will notice is that the performers in X Burlesque are much better dancers. Stripping and the display of flesh is not really the main attraction in these shows (although you will definitely see plenty of flesh) but the display of skills and talents. Plus, unlike strip clubs, the girls in X Burlesque do not make physical contact with the audience thus maintaining a more distance and professional production....

This does not mean to say though that men will not enjoy X Burlesque. Even those who frequent strip clubs will surely appreciate what this burlesque show has to offer. Of course, they will surely love the beautiful girls with their well-toned bodies. But they will also see a level showmanship that perhaps they have never seen before. And because of the nature of the burlesque shows, it can be appreciated by both men and women. In fact, is not uncommon to see couples and even whole families watching the shows (with older “kids” of course). So one can say that burlesque shows cater to a wider audience than strip clubs who are focused more on attracting men.

If you have not heard of X Burlesque yet then you need to know that it is actually considered by some as an institution in the Las Vegas night life scene already having been around for more than a decade ago. The production is the brainchild of Angela and Matt Stabile who has also produced other Vegas shows such as “X Rocks” and Raack N Roll” that are both offshoots of X Burlesque. Its home is that the popular Flamingo Casino. The whole show lasts for about 70 minutes and yes, there is nudity involved. The show feature a wide variety of music from Maurice Chevalier, Rihanna and even Metallica. This show may not be for everyone but nobody can deny that it has great entertainment and even artistic value.

The comparison to a strip club show is not totally unwarranted. Apart from the topless women, X Busrlesque also features pole dancing and energetic choreography that can surely get people, both men and women, excited. But another thing that you need to know about the performance is that it is forever evolving. The producers keep changing the numbers so as to accommodate changes in preferences as well as the latest trends in music and dance.

But the show has what is known as the “greatest hits” or number that have become a crowd favorite over the years. One of most popular and awaited part of the show is the bathtub scene. Let the name speaks for itself and yes, there is a real bathtub on the stage. This part of the show actually tells the story of two individuals and how they met as shown through a series of sequential blackouts and creative movements.

Then there is also the part where audience participation is required. The girls will pull a guy from the crowd and then make him sit on chair on the stage to be undressed by a group of over enthusiastic “flight attendants.” Another popular part of the show is where girls perform with stockinged legs in the air. With their bodies concealed, all the audience can see are the fishnets moving in perfect synchrony.

Like the numbers, the cast has also changed through the years. And mind you, these are not just mere dancers. They are actually total performers portraying very interesting characters. Two cast members have been part of the show for more than 10 years though and they are the sisters Meeka and Shakeera Onstead. The maoin reason why they are still able to perform at high levels for more than a decade is because they started out very young. Another constant feature of the show is that each of the six dancers has a moment of her own through a solo performance. Shakeera is one of the more popular performers of X Burlesque. Her signature number is dancing and lip syncing to the naughty song “Would You?” by Touch and Go. Then there is also the classic girl in champagne glass number with Ms. Tiffany Green. Another showstopper is Nanako Hawley with a balletic performance of the Aerosmith hit “Dream On.” The performances may sound classy worthy of a Broadway stage. But producers are quick to say that X Burlesque is still all about the girls in sexy outfits doing sexy moves. Of course, it would not be a burlesque performance without the chair dances, the boas and the Daisy Duke outfit.

If you want to know the secret to the success of X Burlesque despite the existence of a dime-a-dozen strip clubs then you really need to see the show for yourself. If you are a guy who wants to have fun in Las Vegas but cannot leave his girlfriend or wife at the hotel room then taking her with you to watch X Burlesque is actually a good idea. The numbers are artsy enough for your girlfriends to forgive you for taking them to a show filled with hot women. And for you guys, it is just like going to a strip club only it’s much classier and it can even be cheaper.

After more than a decade it seems that X Burlesque is not going away soon. The producers actually keep coming up with new material to make the performances fresh. And yes, watching women in revealing outfits dance provocatively will never get tiring. So if you find yourself with a free time in Las Vegas, spending some of it watching X Burlesque Las Vegas is definitely going to be worth it.