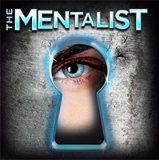 The Mentalist, Gerry McCambridge, has the ability to get inside the minds of complete strangers, revealing everything from their names, hometowns and anniversaries to their wildest wishes.

This is your chance to be part of the action as McCambridge relies heavily on audience participation in the 75-minute show.  The Mentalist pulls off mind-blowing acts using the law of averages, power of persuasion and memory techniques – you won’t believe it until you see it LIVE!

McCambridge has performed all over the country and appeared on several TV shows including “Phenomenon” with Criss Angel, “The Today Show” and “The Best Damn Sports Show Period.”  He was also voted “Best Magician in Las Vegas” by the Las Vegas Review Journal.

It is a no wonder how The Mentalist manages to baffle everyone in the show. With tricks that are virtually impossible to plan out in advance and with the various different variable that The Mentalist has to overcome just to perform his trick can leave a person asking the house, the whys and the what about the shows. The show in itself seems to borderline fiction than fact, with tricks that are truly mystifying. It is not like magic that uses the misdirection to perform a trick. Mentalist uses intuition and illusion to perform its trick. But none the less with how often The Mentalist gets the right answer regardless of how difficult or impossible it may be. It will keep people entertained and glued to their spot just trying to figure out how The Mentalist has completed the trick and how each and every time The Mentalist is able to get all answers right.

Out of this world.

The Mentalist show does not need any fancy light, loud and explosive background music nor does it need a pretty assistant to make the show Out of this world. The simple layout and presentation sure does not say much of how out of this world, it is but with the actual act or trick being performed will. Each and every act performed by The Mentalist seems like something that came out of a fictional novel. It is precise, simple, entertaining, but none the less it is something that is difficult to explain by science. To put it simply it is totally unbelievable. It continues to baffle the audience on how the tricks really work. Making them ask more questions with almost no answer. The way each act is presented is very simple yet the outcome is just too surprising. The fact that The Mentalist keeps saying that they influence a person to do what they intended to do seems like a super power that a Marvel Hero will have and not a simple human being.

The tricks that The Mentalist has done can make you wonder about how all the things that he has done is even remotely possible, though during his show he does mention how the trick works and how he manages to influence others to do what he wants with regards to his performances.

He has pointed out in more than one occasion that one of his secrets is influencing his target audience. He is influencing the audience in performing his tricks. It is through the power of influence that he can do the things he has written down prior to the trick to actually be performed according to. A mind blowing topic he has also discussed is the power of projection

How a person can project their feeling to another and use that to guess what is in the other person's mind. That is in a sense impossible, but was certainly accomplished by The Mentalist. He has used a person’s natural ability to project emotions to others and to use that to the decipher what the person is feeling or thinking. He has converted feeling of actual communication which he has shown towards his very shocked audiences.

The Mentalist is a show in Las Vegas that any tourist shouldn’t miss in seeing. It is unique and entertaining that elicits curiosity towards its large target audience. It is a show that would lead you to keep coming back for more just for you to figure out how the Mentalist performs his trick.

The Mentalist will continue to baffle people for many years to come. Which each trick almost impossible to understand and the fact that the show itself opens up the door to the understanding that within our minds that there are still skills and talent that remain dormant and untouched. And the tricks that The Mentalist has shown during the show are just some of the possibilities that one can unleash ones the mind is freed.