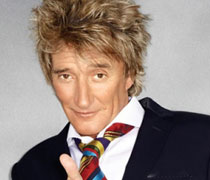 Rod Stewart is not an unknown name for a music lover or for a fan of pop music. If you are still waiting for the right opportunity to enjoy the music of this living legend, then hurry the time has come. Rod Stewart Las Vegas has come back with its original form to entertain the music lovers and fans.

Who is Rod Stewart?

Rod Stewart is a popular name in the field of music and mostly appreciated in the pop world. He is well-known for the raspy vocals. Rod Stewart has the record of one of the best-selling Artists of ever. He has sold around two hundred million albums all over the world. All of his albums are popular and has appreciated worldwide by the music followers and the people of the music industry, especially by the pop music. He has got much appreciation for his specific voice. For this reason only, people across the globe come to participate in his concerts and to enjoy the distinctive nature of the pop music. If you are a great fan of pop music and want to experience different and distinctive music, then you will enjoy his music and will appreciate it.

He was introduced into the Rock and Roll Hall of Rod Fame for his astral accomplishments. He has many records in his name and has known as the most popular voice of the pop world. Rod Stewart’s heartfelt voice, impressive and explanatory songwriting, enthusiastic live performances have made him a popular figure in the world of music. His shows have got much popularity by the people of every corner of the world.

Many awards and records are associated with Rod Stewart’s name. He has the record of eighteen Grammy nominations. He was also bestowed esteemed CBE (Commander of the British Empire). In 1993, he received the Brit Award for Outstanding contribution to Music. In 1994, he was introduced into the Rock and Roll Hall of Fame. In 2001, he received the first ever Diamond Award by the World Music Awards. He has also received a Legend Award from the World Music Awards. He has received the prestigious Grammy Award for Best Traditional Pop Vocal Album in 2005. In 2006, he inducted into the UK Music Hall of Fame. He was awarded CBE in 2007. In 2011, he got ASCAP awards. He has received seven Canadian Juno awards nomination. There are so many awards and records in his name. The above are a few of them.

How he entered into the industry of pop music

The journey of the Rod Stewart was started with a different field. He was a good football player. Later he realized he has a good skill for the football game, but his hearts wants something different that is pop music. To fulfill his dream, he joined a popular British band The Kinks. With this, his journey started. This first path led him to the top of the success. He just put his step in the right direction to reach the top of the ladder. After being a part of The Kinks for some time, he decided to start the musical journey on his own.

This was not an easy choice. But it proved helpful for him to establish his charm and popularity. Rod Stewart first solo album was An Old Raincoat Won’t ever Late You Down in the late sixties. This album received much appreciation from the musical world. People appreciated his unique style and that helped him to build his confidence and came up with some more innovation and creative ideas. And then he released ten albums. All of them become popular and helped him to create his space in the pop music.

His shows and stage presentation

This artist has spent five decades in this music industry and always come up with some more innovation and creative ideas. That is why he is so famous in this world and people are so crazy about his music. Some of his popular music are Hot Legs, First Cute is the Deepest, Reasons to Believe, Only in Las Vegas, You Wear it Well, Maggie May, Broken Arrow, You are in My Heart, Some gums Have All the Luck, The Killing of Georgie, Do You Think I’m Sexy, and there are so many to be enlisted.

Stewart and his band make the live shows more entertaining and fun by interacting with their audience by different ways. Though Rod Stewart is the source of the attraction and he will always be. But the band and two other energetic percussionists, and three backing singers and the stage presentations works like an electric to communicate with the theme of the music and to make it memorable forever.

He joined other internationally-acclaimed music artists like Elton John and Celine Dion at Caesar’s Colosseum. The show was spectacular and got much appreciation. That show was prepared with a spacious stage, with a screen-in –screen setup just behind the band. It was giving an impression of acoustic one. Audiences enjoyed it a lot and they expect something new will come with more innovation and preparation to surprise them again.

A legend performs to entertain his fans and offer something new and exceptional to the industry he belongs. If you are a great fan of music and want to experience the unique and distinctive pop music of Rod Stewart then book the tickets now. Rod Stewart Las Vegas will come up with more innovation and creative ideas to entertain the music lovers most. These concerts are scheduled in March and April 2016. Book the tickets for your convenient time to enjoy the music of your pop star.