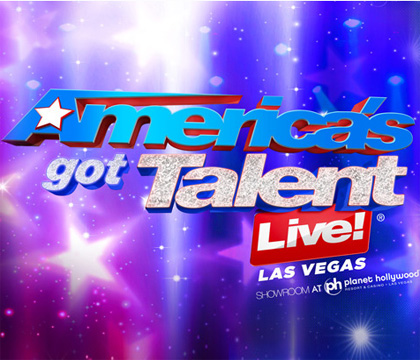 Since 2007, Americas Got Talent in Las Vegas Week has been a competition mid-way between the auditions and the live shows. Presented in a notable venue along the Strip, it involves opportunities for contestants to perform a second time for the judges. The selected winners move on to the live show competitions.

This popular, interactive, reality-talent television show was launched in June of 2006. It features many types of entertainers, including comedians, magicians, dancers and singers of all ages. As of August 17, 2011, a total of 136 episodes had been broadcast. The show has been nominated for several awards, including the People's Choice, Kid's Choice, and Primetime Emmy Awards.

During the live performances, contestants are rated by the judges as well as audience members. These rounds usually involve quarter-finals and semi-finals. Usually, the judges do not vote in the semi-final or final rounds. Rather, these competitions are rated solely by viewers.

The winner from each season receives an award of one million dollars. Since 2008, the winner has also headlined a show on the Strip. Since 2010, the grand prize has also included a headlining national tour.

The judging panel includes three famous personalities. Since the show's inception, Piers Morgan has also sat on the judging panel. He is a journalist and television host. Sharon Osbourne (music manager, television host, author, promoter, wife of Ozzy) has served as a judge since 2007. In 2011, Howie Mandel joined the panel as the third judge. He is an actor, television host, and stand-up comic. Former judges include producer, singer, actor, David Hasselhoff (2006 to 2009). During 2006 (Season 1), Brandy Norwood (actress, producer, R&B singer, songwriter) sat on the panel.

In October of 2011, the Americas Got Talent in Las Vegas stage show will be hosted by Jerry Springer, and feature the winner of Season 6. Other performers will include viewer favorites, as well as some dynamic contestants from the finals. The performance will be presented in the Colosseum of Caesar's Palace.