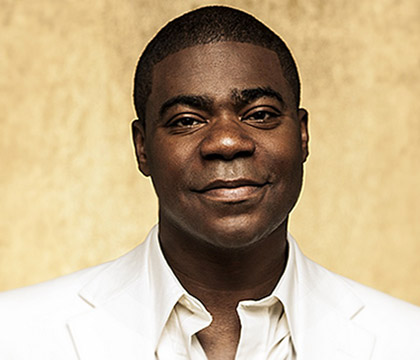 Las Vegas is known as a hot spot for arts and entertainment from wrestling shows, boxing shows, dance shows, musicals and plays, magic shows, concerts to stand-up comedy and many other art forms of entertainment. This is aptly supported by the vibrant available entertainment infrastructures-lounges, showrooms, theatres and night clubs and the high demand from the existing population. It is within this long line of enjoyment that Las Vegas is renowned for, the world over. It is because of these reasons that Las Vegas often nicknamed sin city, yearly hosts top of the list celebrities which has included big names such as Michael Jackson, Elton John, Eddie Griffin, Jerry Lewis, Elvis Presley and now Tracy Morgan among others.

Early life of Tracy Morgan
Just like most youths who are trying to find their footings on the tough life, it is Tracy Morgan’s childhood, filled with turmoil and tragedy and the subsequent encouragement of his friend (who later died due to random violence’s within their neighbourhood) that spurred him to pursue comedy as a career. Tracy Morgan once admitted in one of the many interviews he had done, that there were times he had turned to selling drugs although he was not a good dealer. He did indeed deeply regretted on what he termed as a disservice to his community. It is from knowing what he really wanted in his life, a positive career, which set him up on a successful path. Presently, he is a household name within the entertainment industry.


The Tracy Morgan Show and Accolades
The upcoming Las Vegas show together with other stand-up comedy tours in line and others he has done after his recovery has been dubbed appropriately as a comeback of some sort within some quarters. From Tracy Morgan’s viewpoint, he had dubbed it “picking up the pieces” in his twitter account post way back in October 2015.


“Picking up the pieces.”
So why do Morgan have to “Pick up the pieces” literally? In June, the year 2014 the famous actor/comedian was involved in a fatal accident that led to the death of another comedian friend and mentor, James McNair, and injuring seriously three others in the process. The accident happened in New Jersey's Turnpike (a toll road) when a Wal-Mart truck ran into the the limo-van he was riding. The truck driver was later found to have been awake for more than 28 hours which had contributed more to the accident. He was consequently admited in hospital for a fortnight due to the brain injuries and also suffered from multiple broken bones. A legal battle which ensued after that accident was eventually ended in a settlement. After several lengthy months of treatment and recovery, the actor made a surprise first comeback in his old stomping ground by hosting the legendary “Saturday Night Live” on NBC in October 2015.


Morgan’s loyal Fanbase and the comedy in the man
The Tracy Morgan Vegas show will definitely live to its billing, a totally sold out concert as always. Attendees of this concert will find a rejuvenated Morgan, straight from the jaws of death literally. And as he admitted durring the opening monologue in his first public appearance in October 2015, through the awful accident he had learnt of the innumerable number of support and love he commands across the entertainment spectrum. He admitted that his humorous side was also therapeutic enough during his recovery. Maybe without his fun side, he could have totally lost it. Now, that is the comedian Morgan for you.


Controversial Comedy and themes
With Morgan’s wild and unpredictable stand-up comedy, he has on numerous occasions clashed with different entities. In June 3rd, 2011 while in his stand-up appearance at Nashville, Tennessee, he made remarks about homosexuals that were deemed inappropriate. It was reported that he had said that were his son to be gay, he better speak to him like a man or else he would “pull out a knife and stab him”. He later admitted that he had gone overboard and apologised.
He also courted another controversy in the same year on January 2011 during his appearance on the NBA on TNT. When asked to choose who was good looking between Sarah Palin and Tina Fey by the commentators, he replied that Palin was a “good masturbation material”. TNT did apologise for those remarks on live camera. Apart from this two, there have also been other instances of friction with other people such as when he was being interviewed live by El Paso (a local television), Texas, he famously took off his shirt and declared that “someone’s gonna get pregnant” during his days in town.


In conclusion, The Tracy Morgan Vegas show is a promising one for those who are in need of humorous comedy scheduled to take place on May 6th and 7th in NV Mirage Hotel and Casino. Like they always say, Tracy Morgan has something for everyone his shows encompasses diverse interests that suits both the young and the old in general.He has definitely revolutionize the comedy industry such that upcoming artists will definitely be looking up to him as their icon. If I can be of more help, further information in regards to the Las Vegas and other shows can be obtained from the Tracy Morgan website. Do enjoy the shows if you manage to attend.