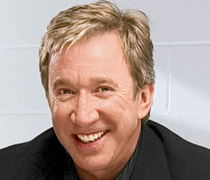 Las Vegas is the home to great shows, and people come from far and wide to enjoy and relax themselves in the ever busy US city. From adult shows, to kids’ shows, concerts and comedy shows, the city will cater to the needs of everyone who comes for entertainment. Coupled with other activities such as gambling, attending games and so on, many people have confessed to having the time of their life in the city. The year 2016 will not disappoint comedy fans as Tim Allen will be coming to hold one of the biggest comedy shows that is already having many tongues wagging. Everybody loves a good laugh and this show has definitely caught the attention of many people.

A big Name Born on June 13, 1953, Timothy Allen Dick and is professionally known as Tim Allen, is an American actor and comedian. Tom Allen is a big name in the comedy industry, and he has been cracking people’s ribs in laughter for quite a long time. He honed his talents in stand-up comedy as the early eighties. He was also a lead actor in the highly successful ABC television series called “Home Improvement”. The role helped him to garner an Emmy nomination, the Golden Globe Award as well as the Choice Award for “Favorite Male Performer in a Television Series”. He held the latter award for eight years in a row.

Allen has also been a star in Disney's The Santa Clause trilogy, Disney/Pixar's Toy Story trilogy (as the voice of Buzz Lightyear), and Galaxy Quest (1999). Another feather in his cap is that he penned the best seller known as Don’t Stand Too Close to a Naked Man which topped the New York Times Bestseller List. The book was about the male perspective. His second best -seller, I’m Not Really Here followed shortly, and it mainly focused on midlife, family, and quantum physics. Tim Allen in Stand Up Comedy When it comes to stand-up comedy, Tim Allen is rivaled by a few. From the days of “Home Improvement” to the more recent “Last Man Standing”, he has managed to hold captivated audiences for a long time. He was one of the original Kings of Comedy and both men and women can relate to him. Las Vegas fans should expect an edgier show. He was celebrated in the standup comedy circles before joining the word of movies.

Venues of the Shows The Las Vegas strip will be lucky in hosting the comedian and you will specifically find him at the Venetian Theatre. The show will be limited engagement. Allen will also be at the mirage for a limited time as well. There will also be a show at the Terry Fator Theatre which is found in the Convention Area. What to Expect Tim Allen is known to be hard-hitting, always hilarious and brutally honest. Given this quality, he is expected to bring the news down. Sometimes bordering on controversial, Allen will tread on waters that most people are afraid to touch. You can expect an autobiographical, introspective monologue that will leave you laugh out loud all throughout the show.