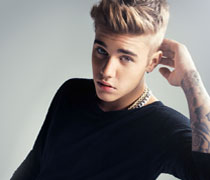 Ever since Justin Bieber announced his oncoming Purpose World Tour that includes Justin Bieber Las Vegas Concert and others around US and Canada, there has been all sorts of buzz from exited fans, marveled fans as well as a different twist from those who take a different view on the same. But taking a look at two of Justin Bieber Songs, “Sorry” and “What do you mean”, each of which is gathering pace to hit one billion YouTube views in just 5 months, the crowd support behind Bieber looks to be quite promising. These two songs are part of the Purpose Album that Bieber released lately, and most of the songs from the album did so well on top 100 Tracks on Bill Board. The aforementioned two tracks stunningly topped the Billboard at some point...

The Recent Past of Justin Bieber
Bieber is set to quick-start a new pace and dimension in his career. His previous album debut dates back to the year 2012, a time that he was at the climax of his 17 and was quit rowdy. Pretty much happened during this time which may have strained his reception and reputation from the crowd, but he is definitely a top-cream talent in the music industry. In this regard, he is still a very relevant artist in th emusic industry.
What’s about the Purpose Tour?
According to Bieber, this world tour has a defined purpose which is to make people understand that he is human too. This goes well with what has been happening in his life and at some point he has been perceived as a defiant kid but in any way, other teens would not have been any better. Although his career might have needed him to mature up more quickly than his peers, this was practically impossible and thus it often placed Bieber on a wrong side of the story in his social life. To many people, Bieber is trying to make up to his deeds now that he has matured and he is more unlikely to go peeing on a janitor’s mop or throwing eggs in the neighborhood yards again.
More Interaction During the Tour
It has also emerged that the tour will have a live question and answer session, and interactions with the music star. To a great extent, this seems to give the fans a whole new experience that will help them understand Bieber much better other than being mesmerized by the tone and lyrics of the celebrity. In some recent occasions, Bieber has tried to open up to his inner being and how he wants his fans to see him. While talking in an interview, he admitted that he at times feels lonely and alienated but all what his fans see is a superstar flourishing in both talent and fame. This erodes the view that he is a human too who is straining to make ends meet in other issues that matter in life other than making money and building a name. As such, he is most likely to open up to much more issues than his fans would even think of, going beyond the issues of his dating life to probably other matters that might only be expected from Trump or Hillary Clinton.
What’s Up in Las Vegas for Justin Bieber Purpose Tour?
Las Vegas will be the 8th city to perform, with his tour scheduled to be on the 25th of March 2016. At this time, it is expected that the tour will have picked up an amazing momentum. The glamour of Las Vegas and MGM Grand Arena will also spice up the show to a large extent and this is one reason why Justin Bieber Las Vegas concert ranks top of the cities where Purpose Tour is likely to be amazing, vibrant, and full of glamour and life.
Why Las Vegas Tour is Well-Scheduled
On another side, there are skeptical views that Justin Bieber might not have enough gas to run a 58-day tour hence many people might find it better to attend the tours scheduled in March and early April. Well, the 58-day tour may not be a story from the blues, as he ever made a 150-day tour in his previous album debut. But the teen years are now gone and he has broken his voice a bit so his vocals may not take as much as they did 4 years ago. This makes Justin Bieber Las Vegas concert well-placed in case of any unfortunate developments in the course of the 58-day Purpose tour.
Getting Tickets for Justin Bieber Las Vegas Concert
While Justin Bieber Las Vegas concert at MGM Grand Arena is one of the must-attend shows among many people, where to buy tickets might be a tricky issue altogether. Currently, we have lots of tickets available at varied prices.

Making the Best Out of the Show
Unlike many previous tours from Bieber and other artists, this particular tour has a couple of other offers too. There are specific ticket categories that will allow one-on-one meeting and greeting the superstar, as well as being special guests who will be privileged to ask Bieber some questions during the Q&A session. This gives the audience a lot more to enjoy and picking a ticket that will give additional touch to the tour other than just getting along with the lyrics a better option. To some extent, it might take a while before such a privilege comes by again and thus if it’s possible, making use of this opportunity would be a great deal to make the best out of Justin Bieber Las Vegas concert that is just around the corner.