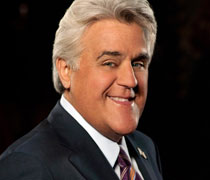 Jay Leno is perhaps one of the most popular comedians known to make people laugh, a feat he has done exceptionally well for over two decades. His every-man style is quite popular and he resonates with the crowd taking his time as he walks across the stage cracking humor. He has already toured many states and has many events each year with an average of 150 shows on the road every year. He will be performing in Las Vegas where his largest fan base also exists as it is where he began his career in telling jokes. Jay has performed many shows in Las Vegas (almost each year) and is set to rock the crowd once more with his casual approach at comedy. The Jay Leno Las Vegas show is among the most awaited comedy events in the area thanks to a consistent performance that is several years old....

Event location and tickets
Jay will be performing in Las Vegas once more in 2015 and is set to host four other stand-up comedy shows in 2016. The 2015 event will be happening at the Terry Factor Theatre, Mirage on November 20th to 21st starting from 10 p.m. This is the same venue where fans can catch him for the four other shows happening on February 26th, May 13th, June 4th, and July 2nd 2016. You can expect the observational humor expert to stage a grand performance following a significant break from hosting several TV talk shows and comedy events. Those attending the 2015 Jay Leno Las Vegas Show should be 16 years and above and prices start from $87.24. The shows last 120 minutes (2hrs) and cross into the next day so be prepared to laugh the night out. Terry Factor Theatre is located on 3400 S. Las Vegas Blvd. in Las Vegas, Nevada. You can get tickets here for the show to reserve your seats

Background History and achievements
As aforementioned, many people are already familiar with Jay Leno for various obvious reasons. He has been in the scenes for quite a long time and still makes some hilarious jokes stand-up comedy fans love. He made his debut into the comedy world back in 1977 in The Tonight Show when Johnny Carson starred in the show. He was later made the permanent guest host of that show 10 years later in 1987. However, The Tonight Show was not Jay’s first introduction into the comedy world. He was already touring several states and headlining clubs across the US alongside other entertainers including John Denver and Tom Jones. He is known for the every-man style that stems from his work in the famous “Tonight Show” and adorns in a suit while walking across the stage making funny comments on topics that most audiences can relate to. He is not known for using too much profanity. In 1992, Jay became the main host of the TV show and remained with his role for 17 years (until 2009) before stepping out for Conan O Brien. In the same year, he launched his own comic show called Jay Leno Show. However, he went back to hosting Tonight Show (in 2010) and then retired from that role in 2014. He is quite famous for the show as it won several Emmy Awards during his term as the show’s main host. Jay has produced several DVDs ad comedy albums and books including How-to-Be-the-Funniest-Kid-in-the-Whole-Wide-World (or Just-in-Your-Class), Jay-Leno's-Police-Blotter, Leading-With-My-Chin and Jay-Leno's-Headlines-I-II&III. He also has many TV appearances to his name. He has appeared in different comic movies including Gor, The Flintstones, Ice-Age (the meltdown), Space Cowboys, Cars, Almost Heaven, Hot Wax, Silver Bears and Fun-with-Dick-and-Jane. Aside from comic work, Leno is an automotive enthusiast and owns more than 100 cars and 90 motorcycles. He loves to collect and buy both new and used cars. During his stand-up comedy, he often throws in some jokes on smart cars and his garage exploits. He also writes articles (motormouth) for The Sunday Times.

The show
Jay Leno is known to talk about topics and things that are witnessed on a regular day out. His prowess in making people laugh stems from the casualness of how he finds oddness in normal situations and then makes sense of the humor. Direct approach and intriguing questions have also become part of his norm when performing to stand-up comedy audiences. Most jokes are often about his work (when he was hosting Tonight Show) and his garage where he keeps his car collection and offers advice to those looking for spares and mechanics. He also adds several jokes on regular real-life experiences that people go through and the advancements in technology. When he nears the end of his show, he steps off the written comedy and begins talking to the audience directly. He would often ask questions like “How are you doing?” and “Where do you come from?” After getting the answer, he then makes a twist of the conversation always ending in people smiling and laughing. It is easy to relate and grasp Jay’s jokes, which is why he was allowed to host a widely watched TV show for 17 years. He touches on areas that affect people of all ages and gives everyone in the audience something to laugh and remember. The audience can expect nothing less than a brilliant performance from a comedy powerhouse. Expectations are high and many fans are anticipating to witness yet another great performance.

Conclusion
Although fans have become accustomed to an epic 90 minute show, this time round the Jay Leno Las Vegas comedy event will last 120 minutes which only corresponds to more fun and laughs. Everyone above 16 years around Las Vegas is invited to the 2-day event. The night will feature other comedians to keep the crowd entertained therefore fans can get in earlier. You can find reserved tickets as well as VIP. This will be his last tour of Las Vegas in 2015 and it is set to be a blast. If you want the best, grabbing your ticket early will be the best thing to do so that you do not miss out.