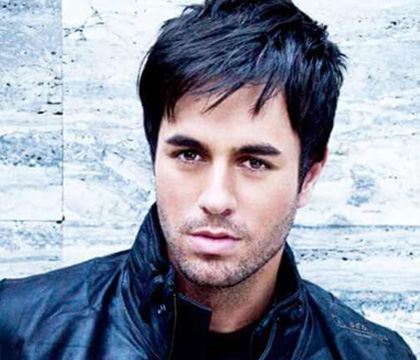 From Hero to I Like It, Enrique Iglesias is the singing superstar that's had more hits and cultural impact than perhaps the majority of Latin artists. If you're a fan of the Latin King of Pop, be sure to check out his Las Vegas shows this September where the singer will play his biggest hits and recent tracks in front of an enthusiastic crowd. Enrique will play at Caesars Palace on the Las Vegas Strip, one of the most popular hotels in the City of Sin.

Enrique is known for his unique stage presence and vocal talents, having played shows around the world since he was young. This September, he'll be taking to the stage at one of Las Vegas' biggest venues, attracting music lovers of all ages who want to see this spectacular show. Enrique will be accompanied by his band, backing singers and a range of dancers. If you're a fan of the music of any genre, you'll be sure to be in for a treat!

Enrique was born in 1975 and started his career in the 1990s on a Spanish-language record label called Fonovisa Records. At this point in his career, Enrique performed under the name Enrique Martinez before he changed his stage name to Enrique Iglesias, which is recognized around the world toady. He scored his first hits in the late 1990s; he became a star in Latin American markets before crossing over to a mainstream audience in the United States. Soon, his international fame was magnified as he generated hits in English-speaking markets like the United Kingdom and Australia. Today, Enrique is one of the world's most famous male singers.

Enrique achieved what many Latin artists failed to do. He was able to crossover into other genres and his songs were played on various radio formats, including pop and Top 40, even at the start of his career. His fame was catapulted into the stratosphere when he released the song Hero, which become a massive hit in a number of countries. Today, Hero is a staple of TV talent and music shows, as well as being a karaoke favorite. Enrique has performed the song all over the world, garnering a loyal legion of fans.

Enrique is one of the most successful Latin superstars of all time. He signed a deal with Universal Music Group for $68 million and has continued to record music in both English and Spanish. The star has sold more than130 million records around the world, which makes him one of the biggest-selling Spanish artists in the world. As well as hs enormous record sales, he has scored number one smashes on various charts, including two number one singles on the Billboard Hot 100 singles chart, five top five singles and 26 number one tracks on the Hot Latin Tracks countdown.

Enrique has been scoring hits since the late 1990s and continues to generate smashes on the charts. Bailando, a song which featured Sean Paul, saw him win three Latin Grammy awards. These honors came a decade after the song Euphoria received a nomination at the same event. Bailando spent 41 weeks at number one on the Billboard Hot Latin Song chart and was the second most-watched music video on the video streaming platform YouTube, behind only Katy Perry's Dark Horse. With more than a billion views around the world, the song is one of the biggest of Enrique's career.

Sex and Love was another success for Enrique when it was released around the world in 2014. The album featured Bailando, which was the most listened-to song in Spain and Mexico. After a decade with Universal, Enrique signed a new deal with Sony Music, securing his place as one of the world's biggest acts. Expect his Las Vegas show in September to feature his biggest hits, as well as songs from Sex and Love.

As well as music, Enrique has participated in various other projects. He appeared in the movie Once Upon a Time in Mexico and famously starred alongside Pink and Beyonce in a 2004 Pepsi commercial. Enrique has also made an appearance on the TV show How I Met Your Mother and was a guest judge on the FOX television show The X Factor.

Caesars Palace is one of the biggest hotels on the Las Vegas Strip, attracting people from around the world who want first-class luxury and world-class amenities. The hotel and casino were set up in 1966 and has since become one of the most popular mainstays on the Strip, famous for its Roman Empire-style exterior and range of hotel suites which overlook one of the most famous thoroughfares in the world. The hotel has various dining options for visitors who come here to watch the Enrique concert, as well as excellent public transportation links which take passengers to their respective hotels. Other features include a 24-hour poker room, buffets, dining options, swimming pools, gyms and activities for children and families.

Enrique will play at the concert venue at Caesars Palace, which is one of the best known in Ls Vegas. A range of entertainers have played here, including Janet Jackson, Tony Bennet, Rod Stewart, Frank Sintra, Dean Martin, David Copperfield, and Bette Midler. The Colosseum, the Palace's main concert venue, consists of 22,450 square-foot of space and was constructed for Celine Dion's A New Day show in 2003. The Enrique Iglesias Vegas show is perfect for travelers who are planning on spending time in Sin City this fall and want to see a show that encompasses a great atmosphere and spans an extensive catalog of songs. Caesars Palace is centrally located on the Strip, allowing visitors to attend the concert and make their way back to other parts of the city once it's finished.